Standing in front of his workbench, he studies the movement he has captured in the magnificent white sculpture of a horse that stands in front of him. Hrvoje Dumancic slowly turns the statue round slightly and steps back again to scrutinise every detail before he smiles, happy with his work and gently places it on the display shelf behind him to join the collection of his work that he has named 'Horseland'. 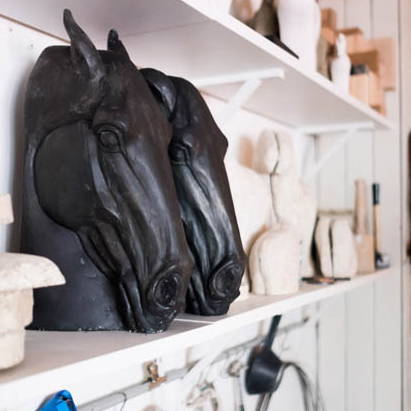 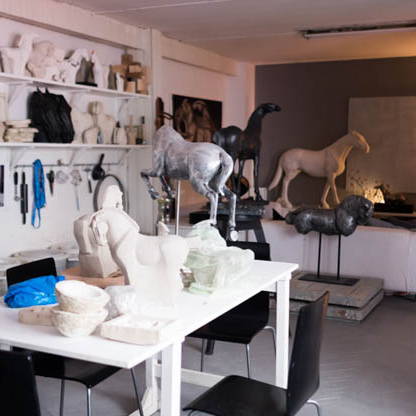 Hrvoje Dumancic was born in Zagreb, Croatia and still lives and works there. Since he was a young boy, he has had two great passions – horses and art - and today those passions are entwined entirely and are the focus of his life.

As a young boy, he started horse riding and thoroughly enjoyed all aspects of it – especially show jumping which he soon excelled in and in 1992 he became vice-champion in the Junior Equestrian of the League of Croatia. Today he remains an enthusiastic and highly accomplished competitor on the show jumping circuit. Whilst he was learning to horse ride, he became interested in art, and on leaving school he studied at The School of Applied Arts & Design – specialising in sculpture and then went to the Academy of Fine Arts in Zagreb, where he obtained a major in sculpturing. His inspiration for his sculptures has always been horses, and they have always been the focus of his work. 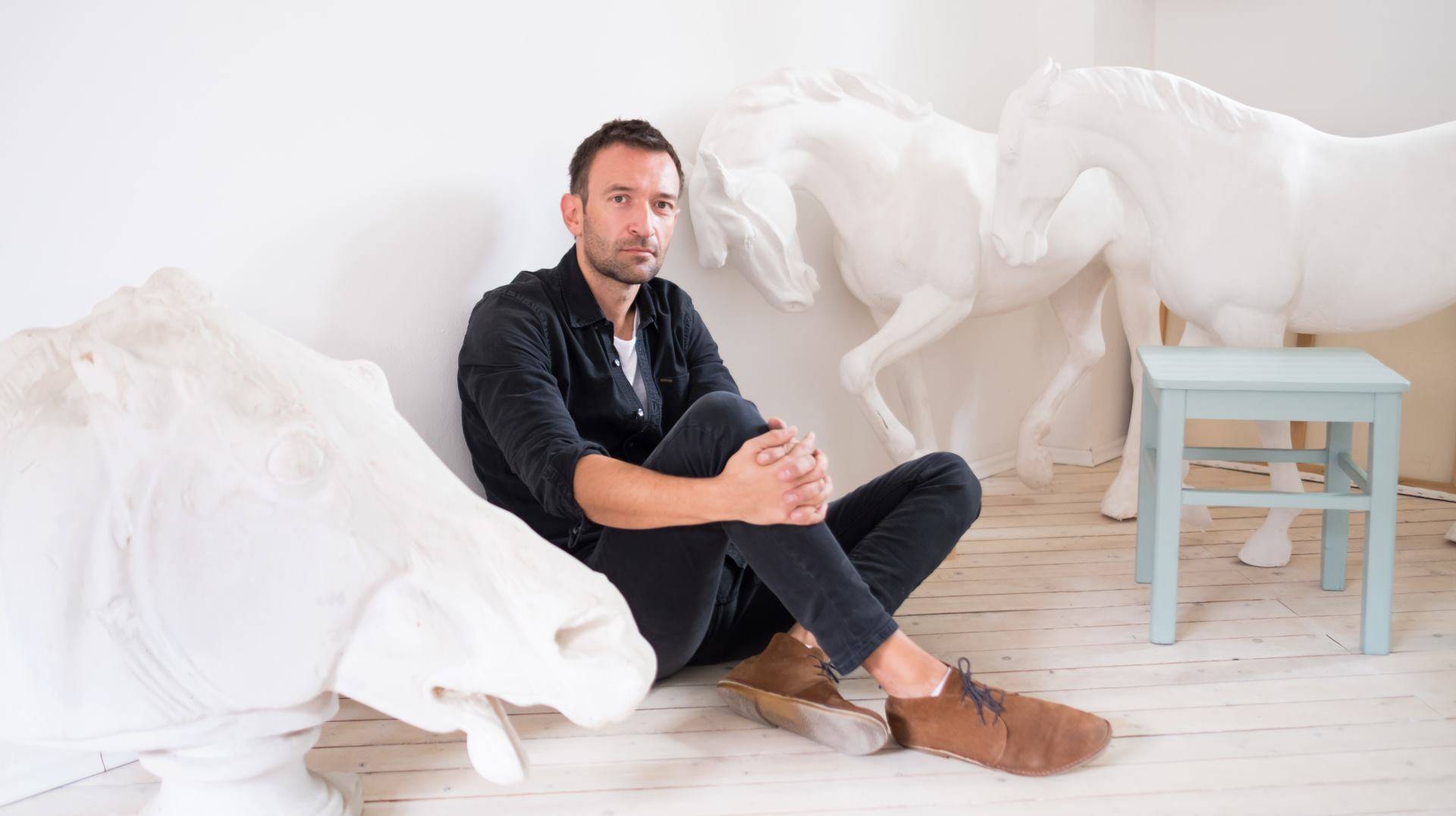 Hrvoje's deep love and understanding of horses is apparent in his fascinating studies. Horses are iconic creatures that have historically been the connection between man and nature. In his work, Hrvoje captures their movement, their shape and character, but importantly also their soul, which he describes as 'fragile as the soul of man'. He often spends time watching his own horse 'Etoile' so that he can perfectly capture every aspect of his sculpted equine character perfectly. As his life is so closely interwoven with horses, Hrvoje's exquisite sculptures have much of his own character in them too. Each sculpture is painstakingly hand worked in white natural materials and is a timeless classic that can bring constant pleasure to those who have it displayed in their home or office...

Product has been added to your wishlist.
You can view your wishlist by creating or login account.
Please create account through ##customer_email## email
Login Register