Whilst the Kingdom of Morocco is well known for its pottery, stepping out the bright sunshine into Abdullah's workshop was like stumbling into a vibrant treasure trove. There were thousands of bowls, urns, vases and tagines, each piece exquisitely shaped and intricately patterned. In the corner Abdullah was carefully in-casing a tall elegant urn in a filigree silver mesh and it was hard not to gasp at the sheer beauty of the piece. 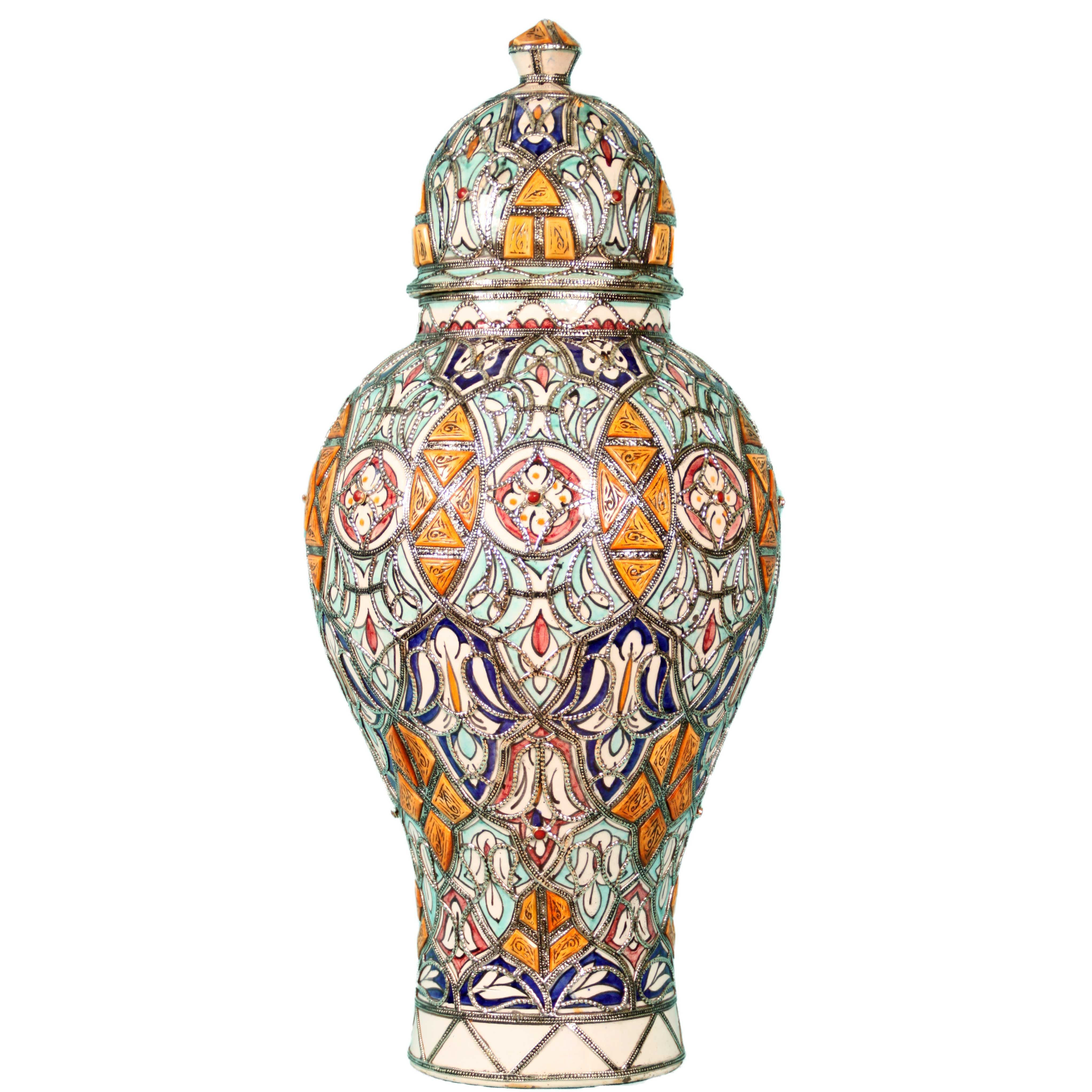 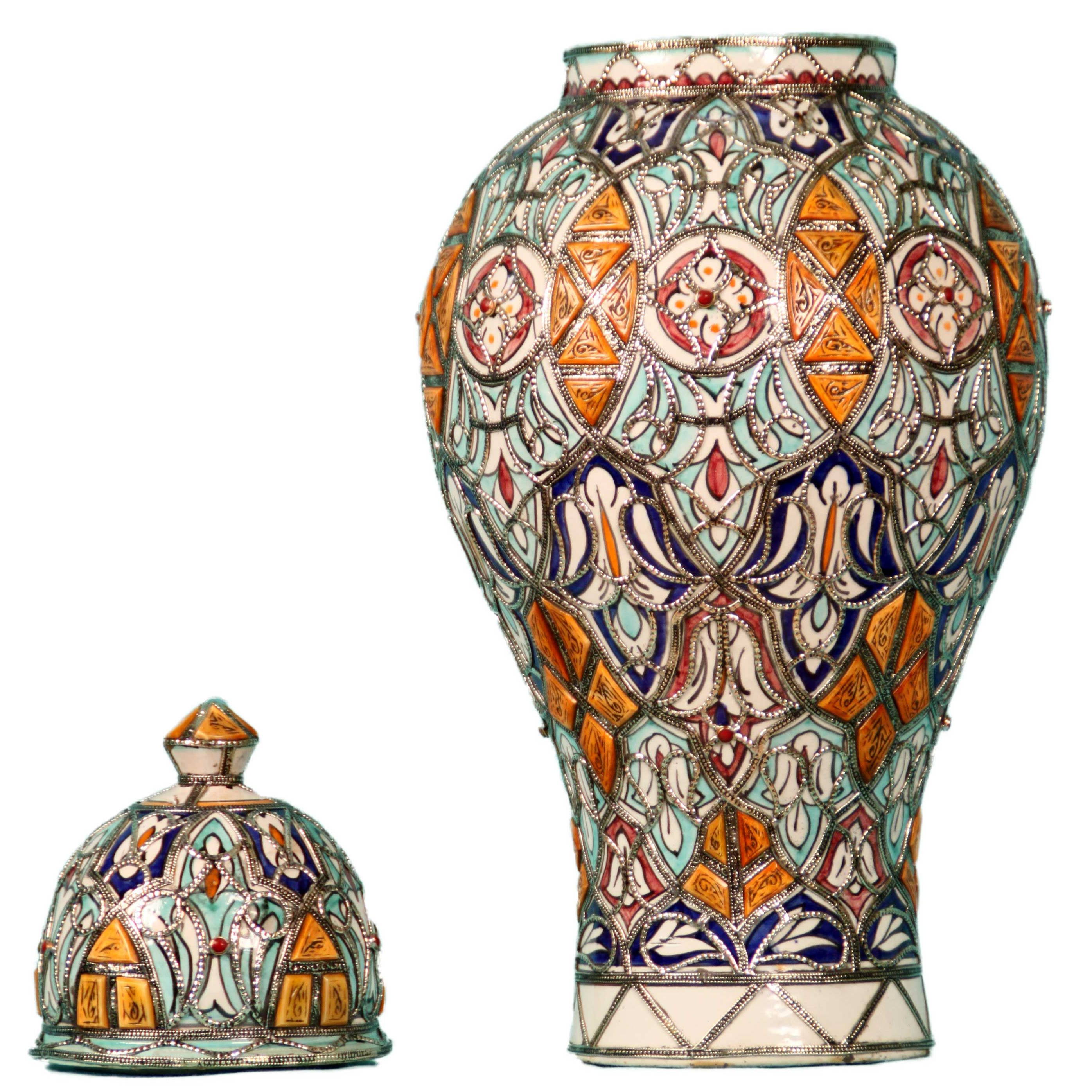 Abdullah comes from a family of artisans and is the fourth generation to work with clay. The styles of the pieces are both elegant and classical, many have handles and high domed lids. Each piece is decorated with complex geometric, arabesque or intricate patterns that are richly coloured in reds, blues, yellows, browns and soft greens. Each piece tells the unique story of its evolution which has been influenced by the diversity of cultures that have left their footprints on Morocco – Roman, Byzantine Greek and Arab – none more so than the Arabs, who brought Islam to the country in the late 7th century.

Whilst Abdullah still spends many hours making and decorating his pottery, today he spends an equal amount of time teaching his skills to young artisans in just the same way as he learned when he was young. The years may slip by but the techniques and tools used today are the same that have been used for a century or more and the origin of some of the patterns can be traced back more than 200 years. He is proud of their work and often showcases their more complicated pieces to raise the profile of their rich heritage. 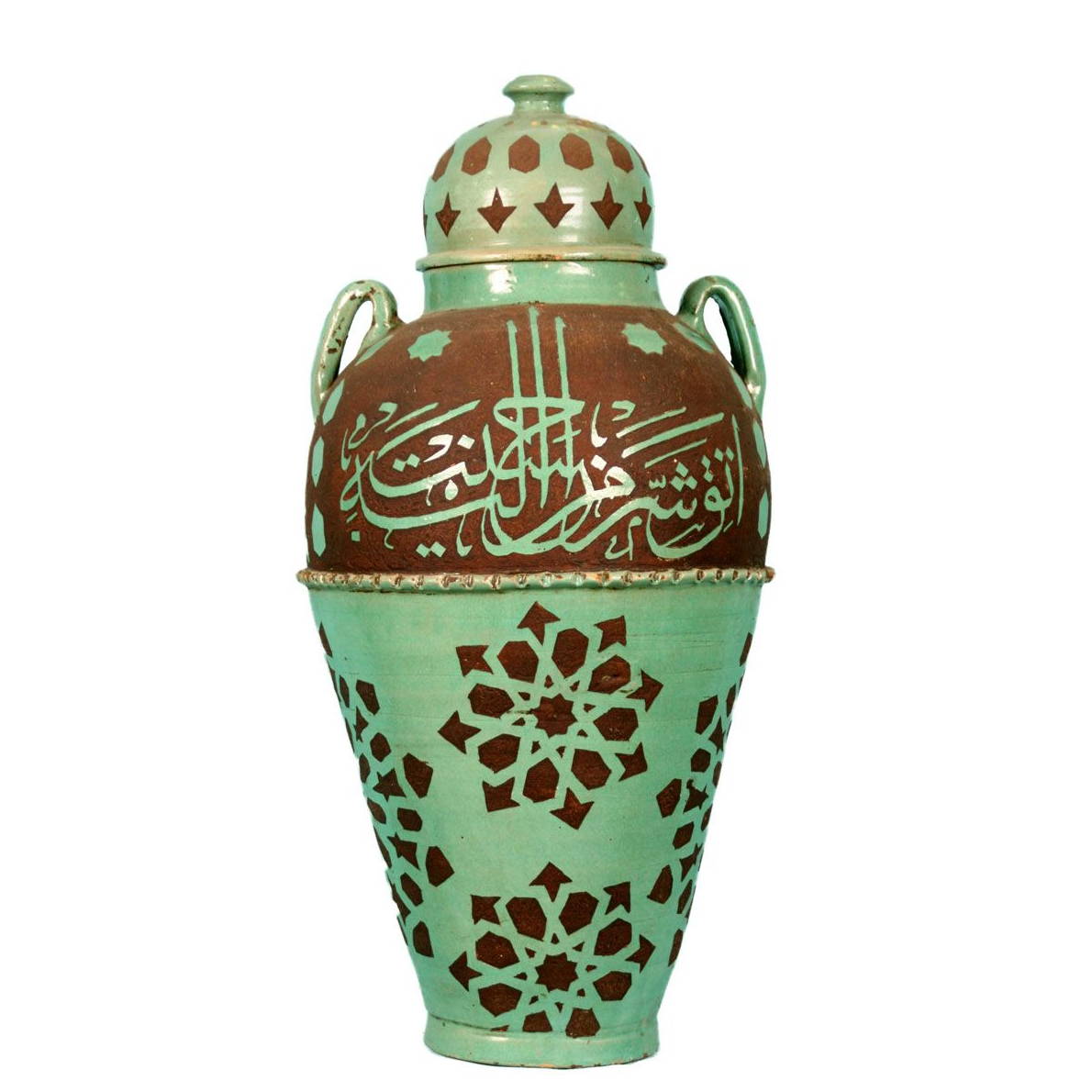 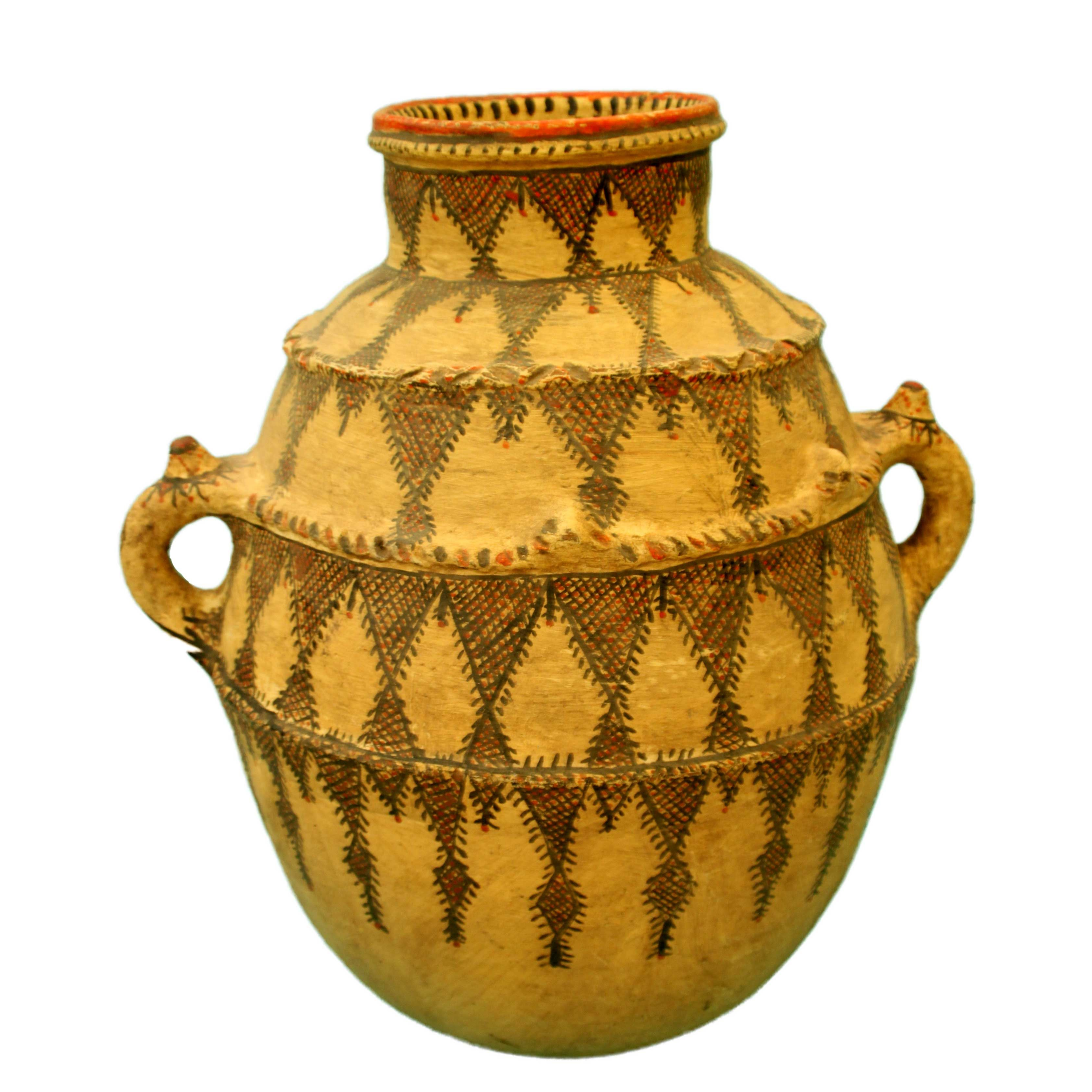 With his great love and huge knowledge of ceramics and the traditional methods of decoration, Abdullah has begun collecting vintage pieces of pottery from all over North Africa to ensure that the craft is protected and nurtured to bring pleasure for many, many years to come....

Product has been added to your wishlist.
You can view your wishlist by creating or login account.
Please create account through ##customer_email## email
Login Register